skip to main | skip to sidebar

Blog UPDATE for our few fans...

Today is the 17th of November and we have not posted anything since August 23rd. Since then we have watched several more movies from the list...I feel as though we need to let you know why the movie watching (and blogging) have taken a hiatus...The move, well, the move was horrific. There was a flood in the new house. Our landlord (for the Wheaton house) had asked if we could leave our lease early so that a new tenant could move in. Over half our new house was unlivable...it was lovely. So that was a set back. And then summer hit and we Bells don't like being inside when the weather is terrific...we had a family wedding, a vacation, friends from out of town, multiple trips into the city, the Botanic Garden and the Arboretum. Our tans were really great...the blog was really not high on the list.
Alas here we are. The weather is getting chilly. The leaves almost entirely raked. The entertainment season (Thanksgiving, Christmas, New Years' Eve and Day) is upon us. We've just finished watching Ratatouille, in the middle of Grapes of Wrath, Gone with the Wind, The Sting, Chinatown, Apocalypse Now, Terminator 2: Judgment Day, Toy Story 2, Hotel Rwanda, we decided to skip Crash(2005) (since we watched it already and HATED IT!)
So our promise, though we won't be done with the list by December 31, 2010, is to finish the list, including the new movies that have bumped the original list from this blog, by the time spring hits in 2011.
Thank you all for your patience and eagerness!
Posted by Pirates98 at 7:35 AM 14 comments:

#137 Ed Wood: Future events such as these will affect you in the future

Another "little tramp" movie... meh, I didn't really feel this one. This time he's trying to woo a blind girl, and to do so, he tries to pass himself off as a millionaire. I liked the boxing scene, that was pretty damn funny. I also enjoyed the millionaire's oddly specific amnesia - he only remembers Charlie when he's drunk. I don't understand why Charlie didn't just slip him booze when he needed to at the end.

Position on the list: 68
In real life: Charlie Chaplin fired Virginia Cherrill from the movie, but had to rehire her because reshoots would have been too expensive
Posted by Sam Bell at 3:51 PM No comments:

In my opinion, this is Christopher Nolan's best movie, although I haven't seen Inception yet. By the way, it's #3 on the Top 250 now!? It bumped Godfather Part II. Now I have to see it. Actually, looking over the list, there's a bunch of new movies on there... How To Train Your Dragon? Really, it was that good? Toy Story 3 is #12? Huh.

OK, so, Memento. It's the backwards movie. Well, not really - the black and white scenes go forward, and the color scenes go backwards. Neat device, and it works especially well because the protagonist has no short-term memory. Seeing this for the first time is very disorienting because basically everybody is lying to him and manipulating him, the poor guy.

Position on the list: 29
Hey! It's that guy! Stephen Tobolowsky! I sure as heck-fire remember you! Ned? Ryerson! Bing! Ok, I'm done.
Posted by Sam Bell at 10:37 AM No comments:

#134 To Kill A Mockingbird: Stand up.. your father's passing

Seen it before? Parts of it, in HS English class

A great movie, but I still think the book was better. Here's a tip: if you want an A on your "To Kill a Mockingbird" essay in your Freshman English class, draw a comparison between Atticus shooting the dog, the police shooting Tom Robinson, and what happens to Boo Radley at the end. You know, the obvious stuff. High school was so easy.

While watching it, my wife and I were talking about what would happen if they tried to make this movie now, with the consensus being "they'd fuck it up royally", probably by casting Hannah Montana as Scout or some shit.

Position on the list: 55
The girl who played Scout: Had some "daddy" issues... watch the bonus features on the DVD and you'll see what I mean.
Posted by Sam Bell at 11:11 AM No comments:

Labels: To Kill a Mockingbird

and seeing it 10 years later, I realize it's genius. All white supremacists need is to be in prison with a black guy who does part of a Chris Rock routine, and boom, they're not racist anymore.

seriously though, this movie is just grating and annoying now, with a gratuitous "shocker" ending that comes out of nowhere.

LOVED the first ten minutes, where it shows all the decades of Carl and Ellie's life pass by, with all the joy and heartbreak. You NEVER see shit like that in a kid's movie. it's just... wow. OK, but then the rest of the movie: Carl somehow floats to South America by attaching balloons to his house, and there's a kid with him, and then it just gets silly, with talking dogs and shit. The main part of this movie is just as stupid as Bolt or any of the other dumb cartoons my son likes. Oh well.

Labels: Treasure of the Sierra Madre

#117 Shadow of a Doubt - oh the creepiness that arises from naming your daughter after her uncle...

The movie The Truth About Cats and Dogs with Uma Thurman and Janeane Garofalo had a line about loving your pets...

Abby: We can love our pets, we just can't LOVE our pets.

This movie reminded me of that because the admiration of the female Charlie, the niece to the real Charlie, for her uncle was really creepy. And there was also something creepy about the real Charlie...I'm sure it was a story telling device but he was duplicitous to say the least and I'm pretty certain he didn't really have a heart. It's thrilling but not nearly as much as the rest of Hitchcock's works.

See it again? Yes, surely I missed something...but I doubt it.
Own it? Why not?
Spoiler alert - glad Charlie snapped out of it in the end ha ha ha
Posted by Pirates98 at 8:31 AM No comments:

Labels: Shadow of a Doubt

Seen it before? No

Sam wrote, "This DVD has been sitting on the entertainment unit for about a week and a half. Staring at us with its unblinking eye. Taunting us. Daring us to watch it. "I'm 3 hours long! In black and white! I'm about the Holocaust!" So finally we watched it, and I have to say, we were riveted the whole time. Did not feel 3 hours long." It's like he took the words right out of my mouth! Another surprising movie that I stayed up for. And we watched it pretty late in the night if I recall.

A middle of the road judge from the northeastern part of the United States is flown to Germany to be the judge over a trial of former Nazi judges (including Burt Lancaster)...the defense attorney was impressive - passionate, willing to do virtually anything to lessen the sentences of the (sorry, I am totally judging) clearly guilty Nazi judges...Burt Lancaster as the judge who knew what he did was wrong and showed remorse was just amazing. Marlene Dietrich, who played Mrs. Bertholdt, was stunning (as usual).

I don't think I'll ever fully understand what happened in Nazi Germany. I don't ever want to time travel to that era in our world's history to find out. But I can tell you this right now...the actors in this movie played out the complexities of what it must have been like to be a part of something so cruel, so vicious, so unnecessary, with such elegance, stoicism and grace that you would have to be a vegetable not to see how terrific this movie is.

Watch it again? ABSOLUTELY
Own it? Sure
PS Sam, you spelled judgment incorrectly...
Last notes - Judy Garland looked like Liza does now...horrible and Chris Pine (who plays Capt. Kirk in the newest Star Trek) really does resemble the young Shatner... Finally...why does America always seem to be throwing down judgment on other countries? I so don't understand that.
Posted by Pirates98 at 11:59 PM No comments: 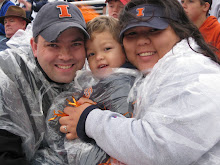